Dare to be different

When you blend in with everyone else, how can customers be expected to care? Within conservative and tightly regulated categories such as banking, it can be tough to stand apart.

That’s been the challenge placed before Ben Stuart, Chief Marketing and Communications Officer for Bank of the West, the latest step in a career defined by driving true differentiation for iconic brands ranging from American Express to Charles Schwab.

Ben was invited to our May 15 McGuffin Mornings event and interviewed in front of an audience by Drew Neisser, founder & CEO of Renegade. Together, they painted a picture of what it means to dig out the authentic voice of a brand — and tell its story in ways that matter.

It starts with thinking differently.

When Drew Neisser first moved to New York City in 1982, he met a grizzled old-school “Mad Man” who told him, “If you think you’re one-in-a-million, don’t get too full of yourself because there are eight of you right here in New York City.” That was Neisser’s first encounter with the challenges of differentiation.

Sometimes differentiation is about execution as much as strategy. Stuart talked about shepherding Charles Schwab’s “Talk to Chuck” campaign. In it, a series of ads depicted regular customers speaking about investing and what it meant to them personally.

Using an animation technique known as interpolated rotoscoping — first used in the film “Waking Life” — the ads stripped out details associated with live filmmaking and turned human figures into stylized art that stood apart. Viewers took notice of the distinctiveness and approachability of the message — and the company — as one they could relate to and care about.

Seeing the best in Bank of the West.

Ben Stuart’s current role at Bank of the West pushes him to transform the organization into one that will not only be different in its category — but one committed to making a difference.

Upon his arrival at Bank of the West, Ben accurately judged it to be utterly undifferentiated against its competition. Ben’s first thought was, “What are we going to do here, other than just execute a little bit better?” But just nine days into the job, he learned something transformative: Bank of the West didn’t finance fracking, Arctic drilling, or coal-fired power plants or even tobacco.

That’s when Ben realized, “This is a fundamentally different bank than I thought it was.”

Taking a serious stand with a sustainable brand.

Following extensive research into different approaches to brand positioning, it was unanimous that there was an opportunity for a bank that was about sustainability. And responsible finance was incredibly different than anything else that was being talked about in the marketplace. 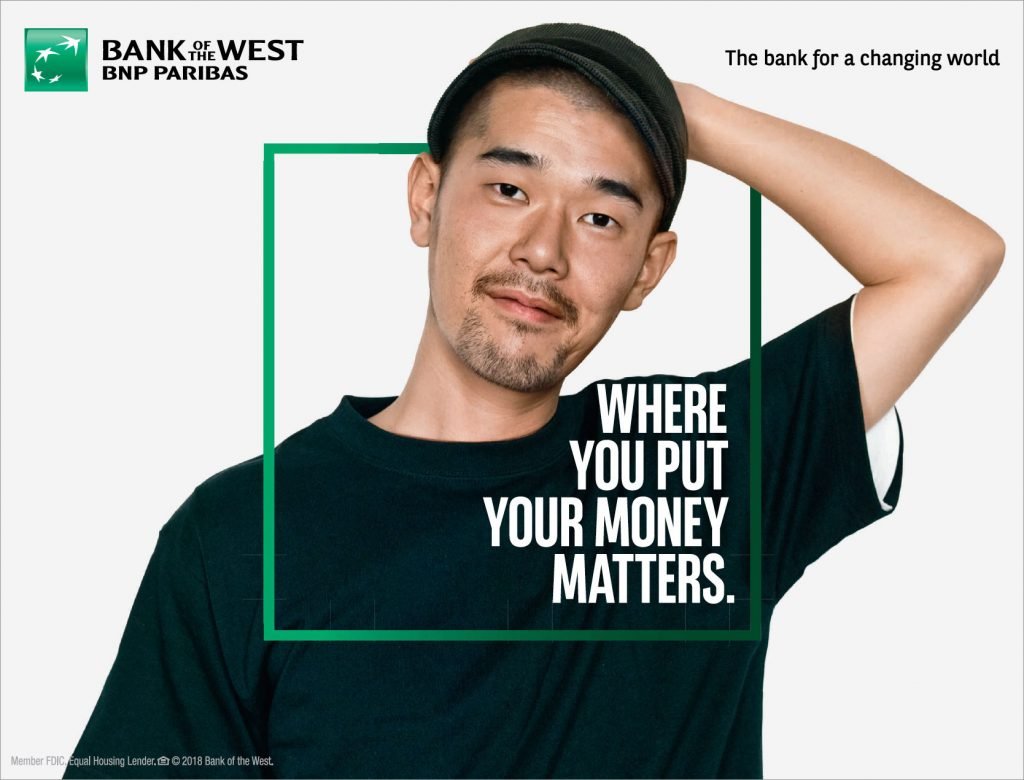 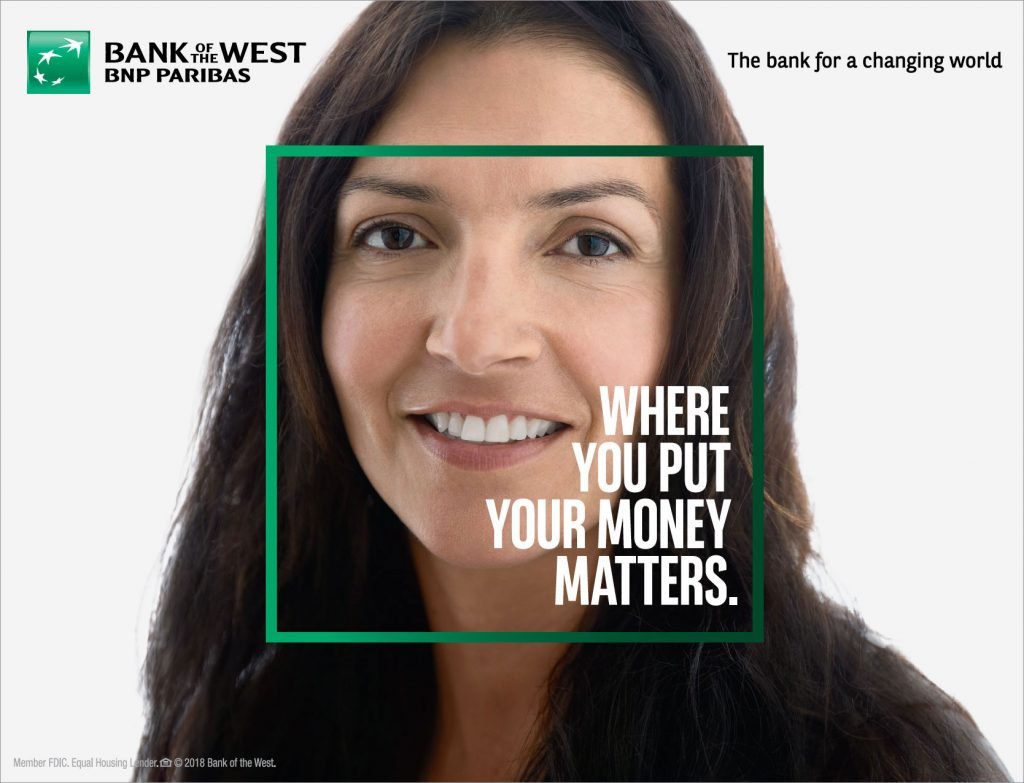 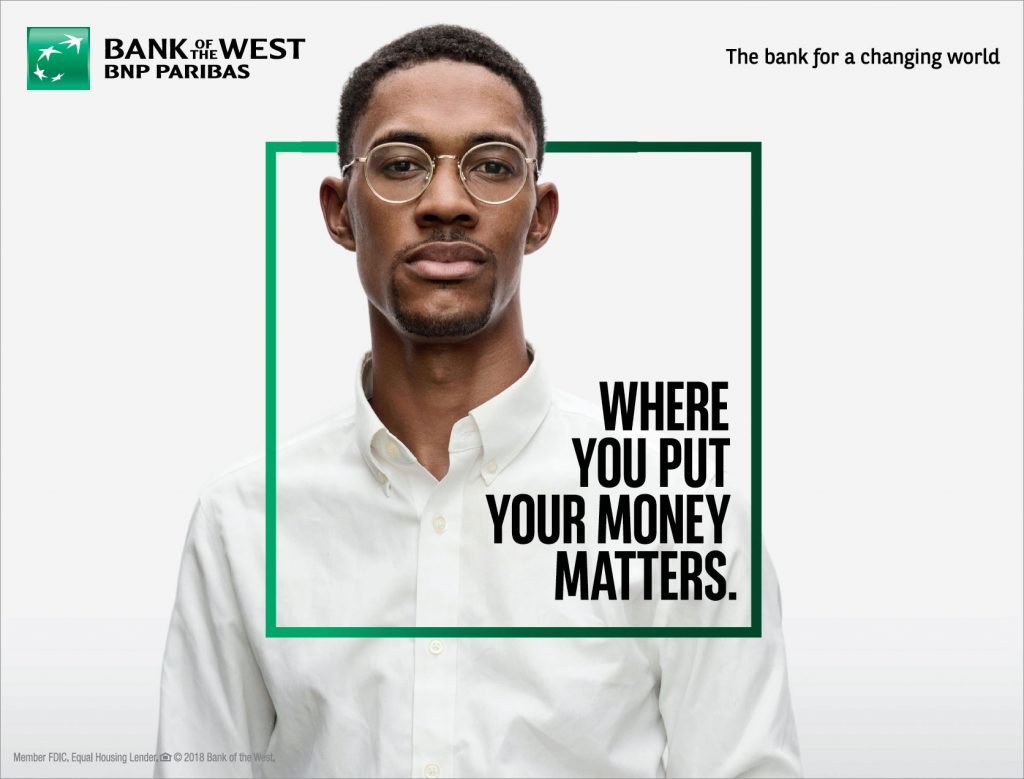 Putting your money where your mouth is.

“This isn’t just a strategy, to say ‘no’ to something,” Drew Neisser acknowledged. “It costs you something somewhere.”

For Bank of the West, their “sustainable” position revolved around taking a stance and backing it up with meaningful action. As a brand, they had the courage to put a stake in the ground to make people believe that what they stood for was serious. And it did take courage.

As Ben remembers, “It was not like we just said we don’t support these businesses and that was it. We actually had to call fracking companies, coal-mining companies and petroleum companies across the U.S. and say, ‘We’re not going to bank you anymore.’”

Getting the word out.

In rolling out Bank of the West’s highly-original purpose-driven marketing campaign, the first thing they did was turn everything over to a digital media buy augmented with outdoor placements in cities. And how did the business respond? Wherever Bank of the West entered the market, their business went up 30% with new customers.

As their tagline announced, Bank of the West emerged as “The bank for a changing world.”

“Business in LA and San Francisco is up 42%,” Ben says. “Right after we launched, one of the founders of WeWork came in, with a net worth of $500 million.”

In one interesting turn, the City of West Hollywood moved their entire relationship to Bank of the West, telling the whole world that they’d chosen Bank of the West because of their fossil fuel policies. Ben also told of small business owners entering their branches and saying, “Since you don’t finance tobacco, I’m opening an account.” 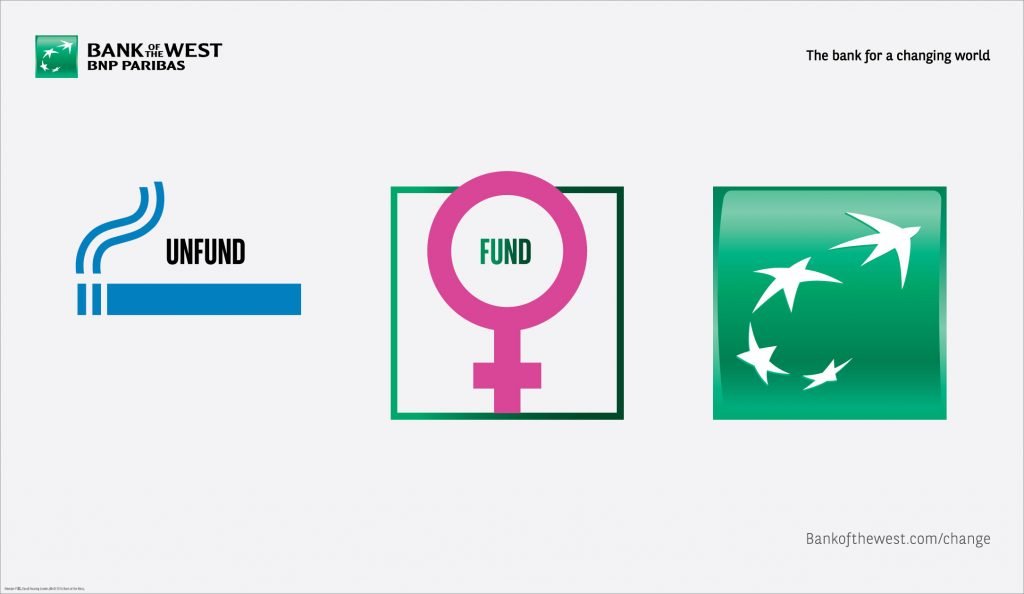 In company surveys, Bank of the West employees have stated, “We want to know how to live the brand a little bit more.” That’s quite an endorsement from the workforce.

It’s also worth noting Bank of the West is the only billion-dollar bank led by a female of color—an immigrant to the U.S.—and that they are a highly differentiated organization from the very, very top of the house. 40% of their employees are women and they have a great story to tell about female entrepreneurs. 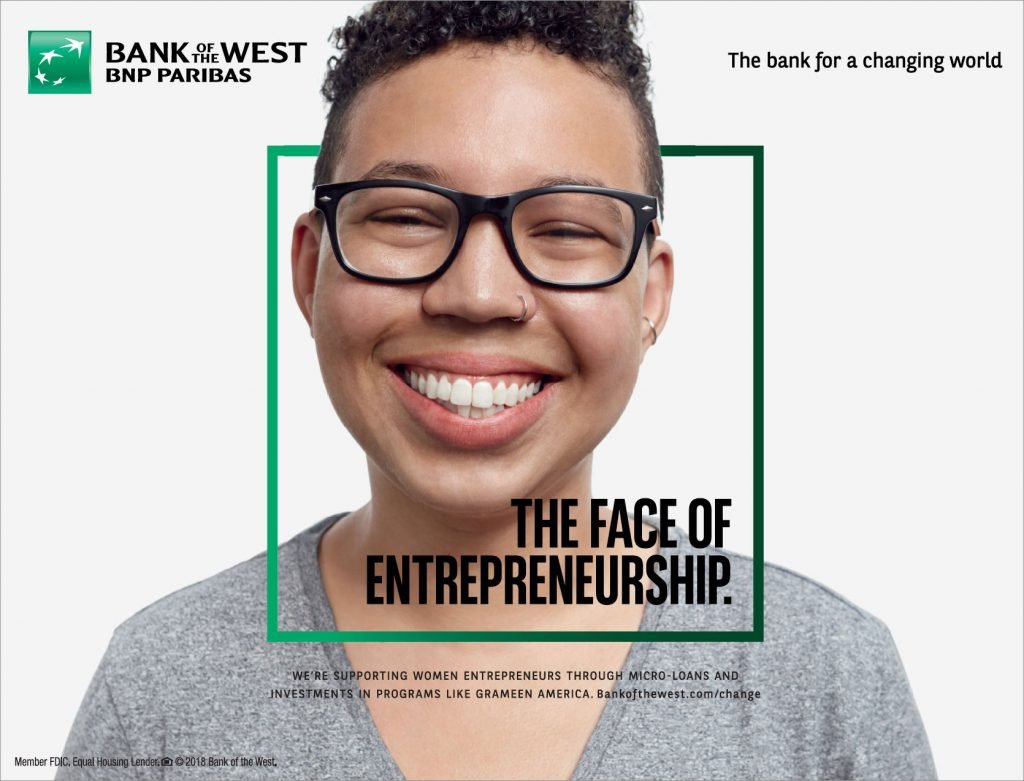 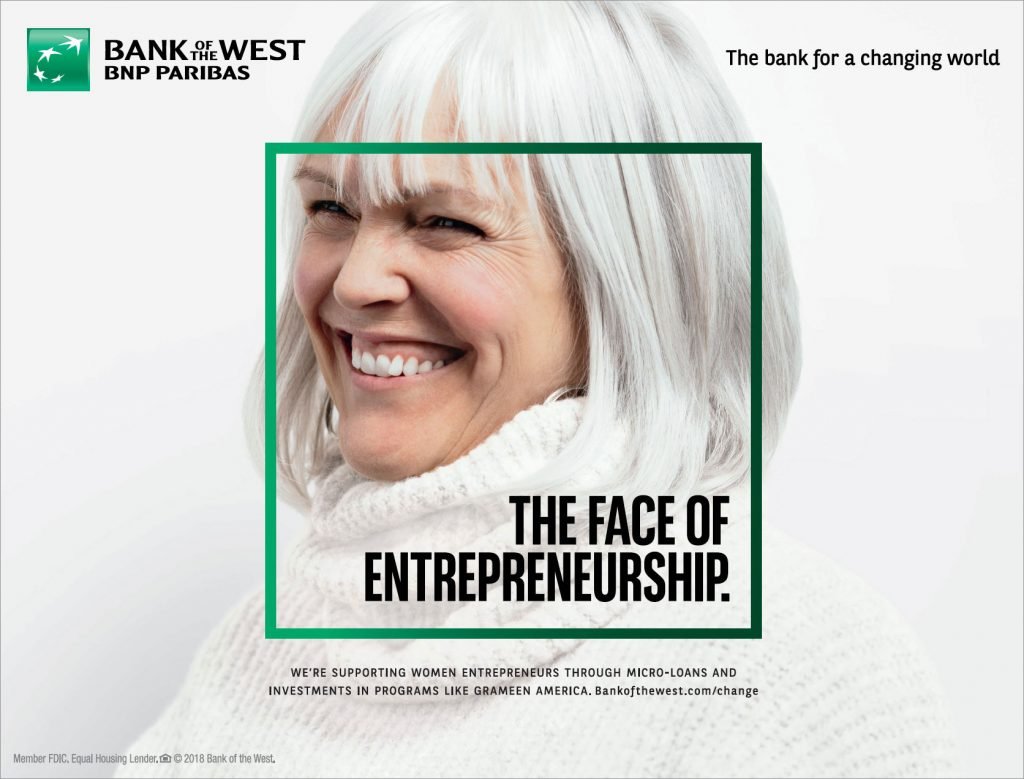 And there’s more to come. “What’s next I believe is everything,” Ben says. “We’re about two years into a 10-year journey to shift the culture of the company.”

They’re still getting the story out. And it’s an inspiring one for both customers and employees.

When Ben goes to a cocktail party and talks to people and tells how Bank of the West doesn’t do this and they don’t do that, he gets people leaning in and saying, “How can I move my money to your bank?”

The lesson here for all marketers is there is real opportunity in allowing brands to be different and thrive. Not everyone can do it. You can’t make up a differentiation out of thin air. And you can’t fake it. But when you find your brand’s authentic self—and align its values to the people it does business with and employs — there is an enormous audience out there eager to participate.

Ben Stuart is the Chief Marketing and Communications Officer for Bank of the West. Ben has more than 20 years of experience growing businesses and managing complex marketing programs for B2B and B2C companies.

Drew Neisser is founder & CEO of Renegade, the NYC-based strategic boutique for B2B innovators. Uniquely wired as both strategist and writer, Drew has helped dozens of CMOs unleash their inner renegade.

The entire presentation is available on McGuffin’s Vimeo.

Want to differentiate by making a difference? Contact us for a purpose-driven chat.

McGuffin Mornings is a quarterly breakfast series hosted by McGuffin Creative Group in downtown Chicago. Covering topics focused on trends and insights in marketing, advertising and creative, it serves as a forum for savvy marketers to connect and sharpen skills in our rapidly changing industry. If you’d like to know about future McGuffin Mornings events, you can sign up right here. We’d love to see you there.