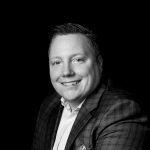 Mergers and acquisitions in the banking industry have picked up steam after a brief pause at the start of the pandemic, due to persistently low interest rates and institutions’ strong desire to gain economies of scale in an increasingly digital landscape. Growth-oriented banks can point to the numerous benefits of acquiring smaller institutions, a strategy that can offer a streamlined path for growing market share, leapfrogging the competition and entering new, desirable markets.

Yet mergers remain a very challenging proposition and are hard to do right. Numerous pitfalls await the acquiring institution, from declining customer satisfaction scores, the integration of incompatible legacy technology and branding misalignment.

To find out how bank marketers can successfully navigate and communicate the changes and challenges that come with the joining of two cultures and business models, we spoke with several bank marketing M&A veterans for their perspectives. In this first of two articles, we tackle how to best manage internal communications during the crucial early days.

Following an acquisition, marcomm executives are rightfully focused on external marketing, branding and customer conversion efforts. But among the most challenging aspects of any merger are the potentially corrosive impacts on the bank’s internal culture, if communication is not handled with care. Our experts offered three tips for navigating these rough seas.

Mergers are fraught with a high degree of emotion for both the acquiring and acquired bank.

“For the acquiring company, there is pride, there is confidence and a sense of empowerment,” says Francesco Lagutaine, Chief Marketing Officer at M&T Bank, headquartered in Buffalo, NY with 780 branches across the Northeast United States. M&T announced the acquisition of People’s United Financial, Inc. in February 2021.

“At the same time there is great anxiety because a merger makes or breaks an organization…. Obviously, in the acquired company, there’s a ton of mixed emotions as well. Depending on the merger, there’s always some number of jobs that get taken out. The mixing of the two cultures is something that creates anxiety, excitement and certainly nervousness.”

It is an unfortunate truth that there are likely to be redundancies among the two organizations, especially in back-office roles like marketing, finance, accounting, compliance and legal. In fact, one of the key benefits of a strategic merger is the economies of scale gained across both organizations, often achieved by the consolidation or elimination of certain redundant positions. A sensitive, human-centered approach to communication in these delicate situations is critical.

“With two organizations coming together it’s important to make sure the employee base feels good because whilst, unfortunately, some jobs are lost, a lot of jobs are actually retained,” Lagutaine says. “Our success in a new venture requires us to have a significant proportion of the employees of the acquired company happily stay and understand the culture that we’re creating together.”

According to the marketing director of one regional bank, when it comes to smaller community bank acquisitions, there is much consideration that goes into roles and whether most employees can be retained or positions are redundant.

When this regional bank acquired an institution in a neighboring city, executives knew they would need to rely on the acquired team’s knowledge of the market. Despite the upheaval, the acquiring institution wanted to ensure the new team felt comfortable and maintained a sense of autonomy.

They placed trust in the team they acquired and tried to maintain a business-as-usual approach. The executive notes that the aquired team becomes an extension of your own team, so it is important to consider the melding of both cultures.

It’s important to foster a collaborative culture, and according to marketing executives who have been through this process, the acquiring bank needs to put in the work of educating and introducing their culture to the new employees, while helping them to feel empowered and heard.

To begin establishing a strong relationship with your acquired team, marketing executives should communicate early and often.

A senior marketing manager at the same regional bank says it is vital to ensure employees are in the loop through frequent communication. There is no harm in overcommunication during a merger or acquisition.

Discussing compensation structure and assuring employees of their job security is especially important, the senior marketing manager says, because the uncertainty takes the wind out of their sails. That uncertainty understandably impacts performance, so it is important that the sails are full and the ship is moving in the right direction.

To build a strong bond, bankers need to feel like they can trust team leaders at the acquiring institution. Without that trust, it is impossible to be successful.

“Your first step is focusing on the bankers, the tellers, the people who are going to answer the phones and the people who think about how to create value for the customers,” Lagutaine says. “You need to make sure they feel good about the new entity – why you’ve done this deal and where you’re going.”

It’s often best to address upfront your employees’ most immediate concerns, such as whether they will be retained, potential changes in compensation structure and the expectations of their new employer.

Chicago-based BMO Harris is ranked as the 16th largest commercial bank in the U.S., having grown through a series of nearly a dozen acquisitions over the course of a decade. BMO Harris is also a wholly owned subsidiary of Bank of Montreal, one of the “big five” bank holding companies in Canada. The experience of working at BMO Harris for over 15 years provided Joe Teller, former Managing Director of Marketing Planning & Operations at BMO Financial Group, with deep perspective on both sides of the acquisition divide. The 2010 acquisition of M&I Bank that established BMO’s foothold in the Chicago market particularly stands out.

“We had teams from marketing that went out to the regions within M&I and met with people [employees],” Teller says. “They had questions that they’re not going to ask in a big, all-company meeting. They wanted to know from somebody else who has been at this institution what it is really like.”

According to the marketing director at the regional bank, as the acquiring institution it’s just as important to leave your ego at the door. It is important not to pretend you know everything; learning from the team that’s already in the market will help you understand the customer base and culture as well as build healthy relationships with the local team.

The key to preserving culture comes down to establishing a proactive and consistent habit of open communication with your new team. Make sure their voices are heard and allow most messaging to come from local leadership – preferably those who remain from the acquired institution, who the employees already know and trust.

Internal buy-in is just one piece of the puzzle bank marketers face when negotiating a merger or acquisition. In the next article in our series, we’ll look at external marketing and communications, and share some expert tips on how to introduce your brand to a new market and retain the clients you already have.

How to Nail Your M&A External Marcomm Strategy (Part 2)