Research shows how much value consumers assign to various apps

Have you ever considered the value you place on your favorite free apps? Many services remain free thanks to advertising. But what if things changed? Suppose Google and consumers had to agree on a price for Google Maps? Would its value to you translate into a monthly dollar amount — or none at all?

We’re attached to so many free services, yet we know rumbling beneath the surface of each service is an ambitious business navigating a complex and changing market.

In a recent study, we set out to measure the value regular users placed on 16 of the most widely-used apps, asking respondents what they’d pay if a subscription fee was required. They had the option to say they would pay nothing and discontinue use, without access to a free alternative.

What did we hope to learn? Our goal wasn’t to offer bankable projections for Silicon Valley but, instead, to provide some indicators to inform an ongoing discussion of how value is created and perceived in the digital age. 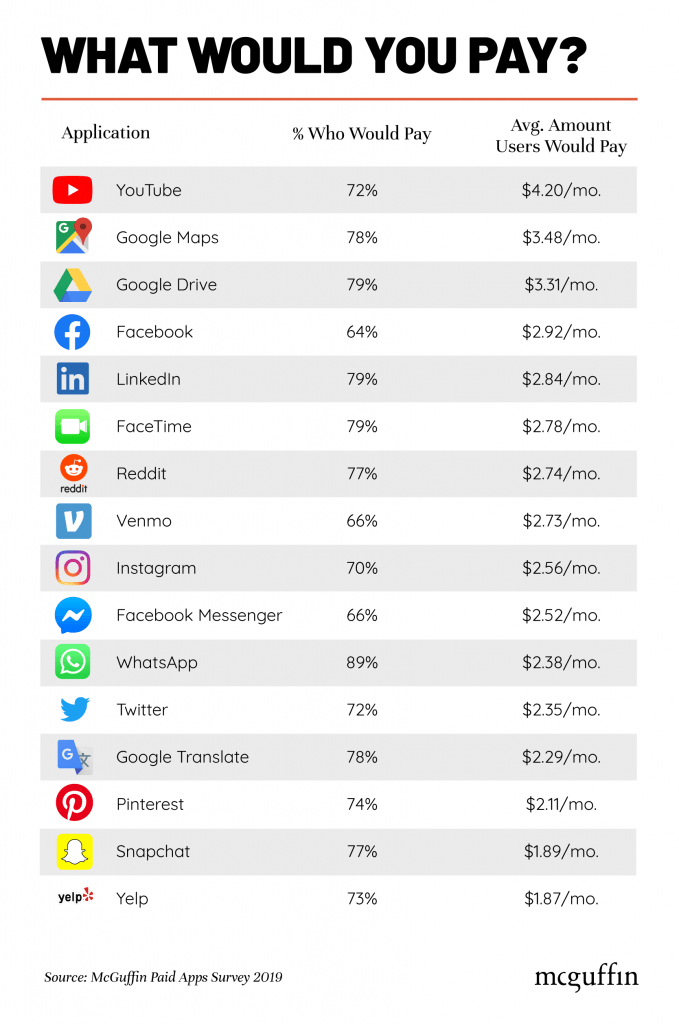 Doesn’t seem like much, right? Not one of these hypothetical fees would amount to more than $50 per year. (But, as you’ll see in a moment, that doesn’t mean companies couldn’t make extraordinary sums of money at these price points, given the number of users they’ve accumulated.)

Once we gathered data showing what consumers would pay for various apps, we were eager to compare each company’s current advertising revenue against what they would hypothetically earn if they charged the percentage of users willing to pay the average amount respondents established per app. 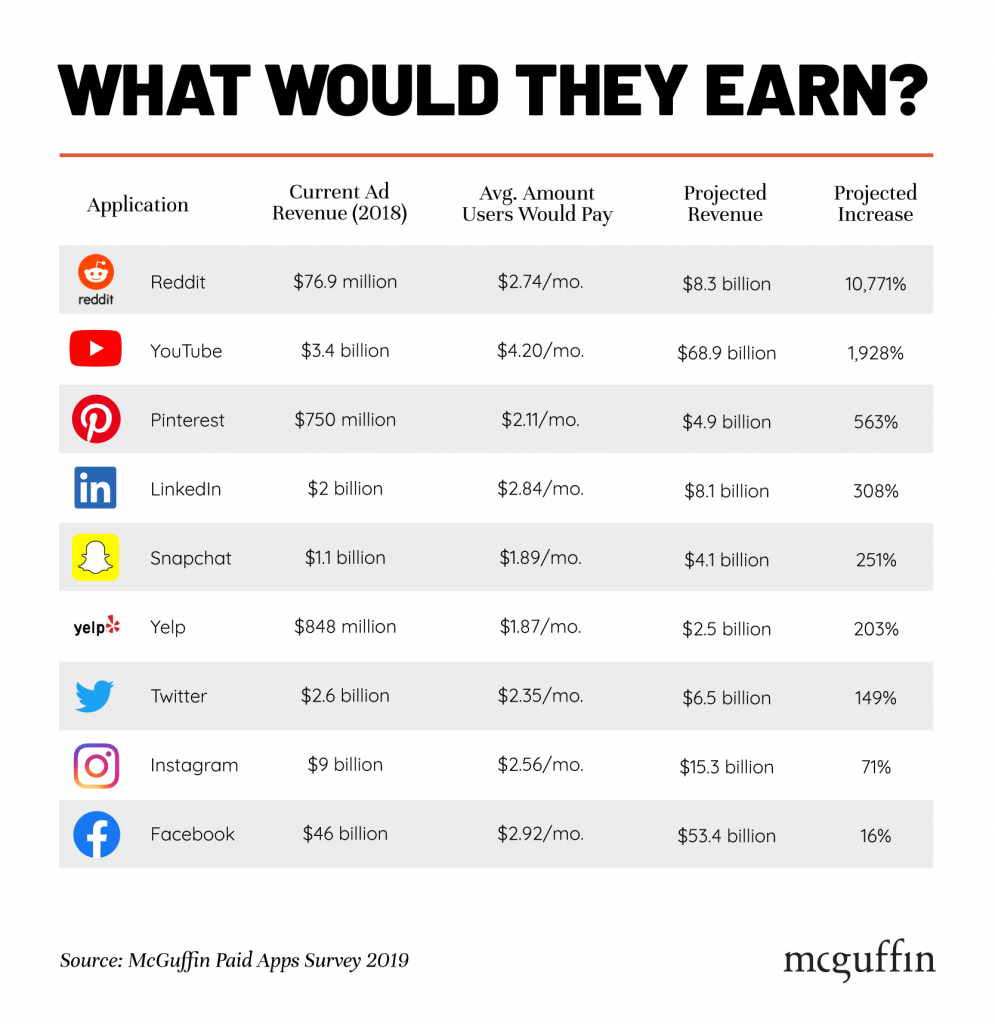 Per this analysis, all nine companies for which we projected revenue would stand to earn more in a hypothetical paid future. That includes Facebook, which had the highest percentage of users report they wouldn’t pay anything for the app.

There are countless factors that influence consumer behavior over time, even when a business model is static, let alone when it undergoes a change of this magnitude. Our goal was not to provide a roadmap to greater technology-industry profitability, but to instead show that our digital world has upended the old idea that there’s no value in receiving something for nothing.

To establish revenue projections, we used the latest publicly available data from each company, with regard to annual ad-based revenue and number of active monthly users (sources available upon request). Then we created an adjusted projection of monthly users per platform, based on what percentage of our respondents said they would not pay anything for a given app. With that new number of users, we multiplied by the average monthly fee established by our respondents, then by 12 months, to establish projected annual revenue.

Fair use:
Feel free to use this data and research with proper attribution linking to this study.